Inaugurated on 2nd August 2019, the 3rd Panama Canal Crossing is the longest concrete cable-stayed bridge on the planet.

The Atlantic Bridge is a link between South America and North America. Its construction responds to the need to increase connections between the two sides of the canal, in a zone inhabited by more than 80,000 people, and to allow the passage of the world’s largest Post-Panamax containerships, now enabled by the 75 metre clearance necessary for commercial shipping.

On this project, SYSTRA IBT, the group’s Global Bridge Centre of Excellence was responsible for the design of the main bridge and checking of the approach viaducts, on behalf of the project manager Vinci Construction Grands Projets. The 530-metre concrete main span is a world record for a cable-stayed bridge.

The design is the result of an international collaboration which brought together our offices in San Diego (United States) and Dubai (United Arab Emirates). The American team was responsible for the complete re-design of the cable-stayed bridge and the independent check of the approaches, while the team in Dubai lead the production of the construction drawings for the deck and the towers.

The construction of this new 4-lane bridge, over 3 kilometers long from one bank to the other, took place without interruption of traffic on the Panama Canal, one of the most strategic shipping routes in the world. To achieve this feat, innovative erection methods were deployed such as the use of precast and cast in-situ concrete for the segments of the cable-stayed deck, as well as the simultaneous erection of the deck and tower.

Some examples of projects in Large infrastructure 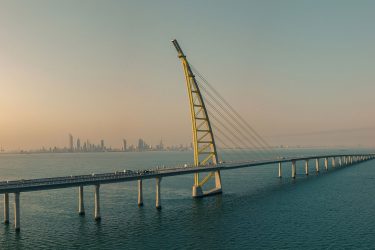 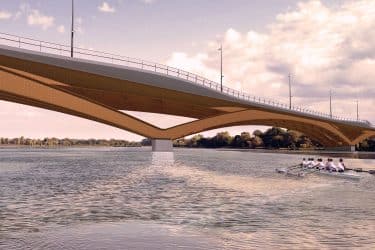 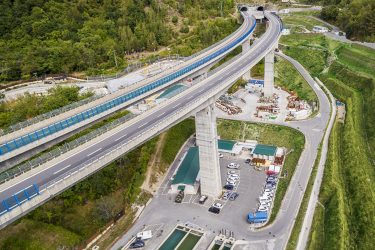