The NorthConnex Motorway aims to remove up to 5000 trucks per day from Pennant Hills Road in Sydney to reduce congestion and pollution.

NorthConnex is a 9-km tunnel connecting the M1 Pacific Motorway and the Hills M2 Motorway in New South Wales, Australia. The project is delivered by the Lendlease Bouygues Construction Joint Venture to Transurban who is the operator of the motorway. Teaming up with Layer2Intelligence (L2iQ), the team was engaged to support the Testing and Commissioning (T&C) of the motorway subsystems at the end of May 2020. The SYSTRA-L2iQ team’s work comprised of Systems Engineering and Testing activities including the coordination of system defects.

The work involved tracing the requirements of the Motorway subsystems from the project contract to functional specifications and providing verification of this in the form of tests performed. Testing activities included developing Traffic Monitoring and Control Systems (TMCS) test procedures and Test Specifications. The TMCS includes traffic control devices such as Tunnel Message Signs, Over-Height Vehicle Detection System and the Motorist Emergency Telephone System which are all overseen by the Dynac SCADA (Supervisory Control And Data Acquisition) system.

The team’s engagement was extended to work with the Dynac software provider, Kapsch, in managing software testing and defects. This role included prioritising and tracking the close-out of the defects, forecasting which defects need to be closed out next and providing Release Notes as a declaration of the defects fixed. With a variety of defects such as those arising from software performance issues, software design changes and non-compliance with the contract, this was a crucial aspect in keeping the T&C cogs running. Other tasks included Centre-to-Centre testing of communication between the NorthConnex Control Centre and the Traffic Management Centre to ensure a smooth communication link between the Motorway and the rest of Sydney’s traffic during potential traffic incidents.

Despite challenges due to the pandemic, work went ahead at full steam, the SYSTRA-L2iQ team taking a leadership in coordinating the workflow. Tirelessly keeping the plates spinning on the T&C commitments -putting in extra hours and weekends- has helped to see the light at the end of the tunnel that is NorthConnex.

One of the most highly publicised road and tunneling projects in Australia, the NorthConnex opened in late October 2021.

Some examples of projects in Complex Structures, Industries 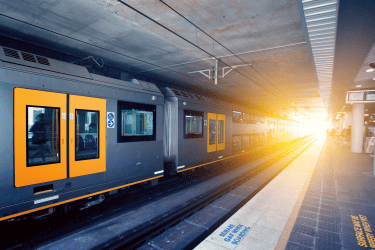